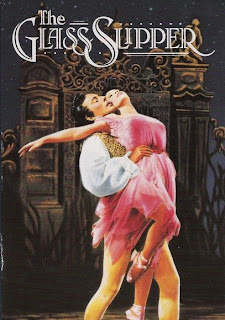 This weekend was amazing , I can't believe what happened , all the movies that I really wanted to watch were shown on T.V , Marry poppins , little Mermaid . And the movie I have been looking for "The Glass slipper"

The glass slipper movie reminds me of my childhood , I guess the last time I watched it I was 7 or 8 , my dad brought it to me as a VCR tape , I `ve been trying to look for it as a dvd bas ma lgeeta !! even at Amazon

This is the law of attraction :P ana haba bhalsalfa ga3da a7en 9arle more than 3 months that I want to watch it .

Back to the movie as it said in the description the movie is a 1955 modern musical version of Cinderella!! she is a tomboy with a short black hair totally not the stereotype of Cinderella so this is new idea at that time, I guess the movie was released to show how women can be different and unique and work hard to achieve their dreams , I think it refers to the feminism movement at that time .

I was just watching beauty and the beast ;) , the glass slipper seems interesting ;)

I've also wanted to see the old classical animated movies I loved when I was a child. And i still love them actually! Little Mermaid, Cinderella, Sleeping Beauty, Aladdin..

zaboo6a : enshalah once i get it i will give it 2 u

this lady : walah i never get bored from classic movies ambeeh it`s magic

I wanted to introduce some of my sites..